The Tony Awards have announced the line-up of performances for the 68th Annual Tony Awards. The 2014 Tony Awards will broadcast live from Radio City Music Hall in New York City, on CBS, on Sunday, June 8th 8:00 - 11:00 p.m. (ET/PT time delay) and are presented by The Broadway League and the American Theatre Wing.

The evening will also feature not-to-be missed performances by the casts of this year’s Best Musical and Best Musical Revival Nominees, as well as other new musicals: Aladdin, Les Misérables, Beautiful: The Carole King Musical and A Gentleman’s Guide to Love and Murder, Bullets Over Broadway and Rocky.

The cast of Wicked will return to Radio City Music Hall for the first time since 2004, when they won 3 Tony Awards. The cast will take the stage once again in what is sure to be a very special performance to celebrate Wicked’s 10th Anniversary.

Music legends Patti LaBelle, Gladys Knight and Fantasia will take the stage for an unforgettable performance with the cast of After Midnight.

The Tony Awards will be broadcast in a live three-hour ceremony from Radio City Music Hall, on the CBS television network on Sunday, June 8, 2014. For more information on the Tony Awards, please visit www.TonyAwards.com. 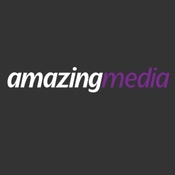 May 22, 2014
Amazing Media, Digital A&R Solution, Draws Big Names, Money...
Former BBC executive Paul Campbell launched a new company in the United Kingdom in 2007, looking for ways to help musicians find a wider audience for their work. He established a website allowing select unsigned acts to upload their music, sell it - and keep the proceeds. Two years later, Campbell founded a radio station using a playlist built exclusively from the offerings on his site. He further developed his audience by adding a few shows carefully curated by a mix of ex-BBC and up-and-coming DJs. The result: Amazing Media, a powerful promotional machine that has become one of the A&R community's most crucial tools for developing new talent and has helped propel the likes of Chvrches, Daughter and Alt-J to deals with major or independent labels. Now, five years later, Campbell is launching in the United States. He has raised $9 million in funding with backing from investors including Sting, AOL founder Steve Case, producer Billy Mann, music lawyer John Frankenheimer and former EMI CEO Elio Leoni-Sceti. They're joining a board to be run by former Shazam chairman John Pearson...
Read more
+