Former BBC executive Paul Campbell launched a new company in the United Kingdom in 2007, looking for ways to help musicians find a wider audience for their work. He established a website allowing select unsigned acts to upload their music, sell it - and keep the proceeds. Two years later, Campbell founded a radio station using a playlist built exclusively from the offerings on his site. He further developed his audience by adding a few shows carefully curated by a mix of ex-BBC and up-and-coming DJs. The result: Amazing Media, a powerful promotional machine that has become one of the A&R community's most crucial tools for developing new talent and has helped propel the likes of Chvrches, Daughter and Alt-J to deals with major or independent labels.

Now, five years later, Campbell is launching in the United States. He has raised $9 million in funding with backing from investors including Sting, AOL founder Steve Case, producer Billy Mann, music lawyer John Frankenheimer and former EMI CEO Elio Leoni-Sceti. They're joining a board to be run by former Shazam chairman John Pearson.

As part of its launch stateside, Amazing Media has acquired Boston-based OurStage.com for an undisclosed sum. OurStage gives fans the opportunity to vote for their favorite unsigned performers on the site -- and allows bands to compete for the chance to tour with more established acts.

Campbell's company helps fill a void created during the last decade, when declining music sales forced many labels to cut back on their A&R investment. Amazing Media gives smaller A&R teams access to nearly as much music as they had in the heady days of bigger budgets.

"It's a great tool to help artists be discovered and promoted throughout their development," says Adam Herzog, vp A&R at Warner Bros.

Up-and-coming artists get the chance to earn some money from sales while gaining exposure to industry decision-makers. "We reach about half a million people every day around the world. But it's the quality of the people that matters," says Campbell. "Band managers, A&R execs, bands themselves and music influencers are the most common listeners."

Today, says Campbell, between 200 and 300 new tracks are uploaded daily, from artists all over the world. His DJs play nearly 50 of those a day.

In the United Kingdom, the majority of Amazing Media's revenue is generated by licensing unsigned artists' music to retailers' in-store radio services. The company will explore similar opportunities in the United States.

(c) Billboard by Yinka Adegoke
Comments
0
You must be a logged-in member to add comments. Log In | Subscribe 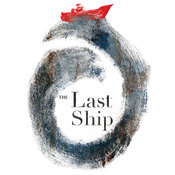 We are pleased to announce that beginning Friday, May 16 at 10AM/EST, Sting.com fan club members will have an opportunity to purchase tickets to "The Last Ship" on Broadway in advance of the general public. Please login as a member to retrieve the access code for this exclusive presale, which ends Sunday, June 8 at 11:59PM/EST.

May 8, 2014
Sting featured in June 2014 Vanity Fair Portrait section...
Sting is featured in the V.F. Portrait section of the June 2014 issue of Vanity Fair (Jon Hamm cover). Sting is photographed by Annie Leibovitz and the image accompanies a short article written by John Logan in which he reflects that "The old Broadway cast albums he [Sting] listened to compulsively as a boy influenced him in rich ways. Listen to the score and you'll hear the affectionate echoes of Rodgers and Hammerstein, Jerome Kern, Kurt Weill..." The June issue of Vanity Fair is out nationally on May 13...
Read more
+