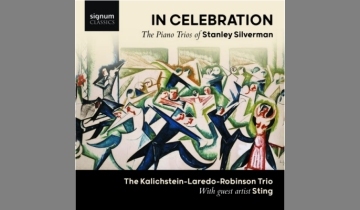 The Kalichstein Laredo Robinson Trio announce ‘In Celebration’, their first album on Signum Classics, due for release on 3 March 2023. The album features two piano trios by Stanley Silverman and features Sting as a guest artist on track 4. The two piano trios featured on the album - Reveille (Trio No. 2) and In Celebration - have both been central works in the Trio’s repertoire... 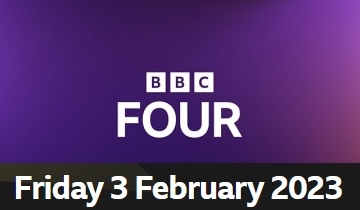 Those in the UK have a great night's entertainment to look forward to on 3 February with an evening of shows dedicated to The Police and Sting. Screenings include 'Rock Goes To College', Stewart Copeland's 'Guitar, Drum and Bass', The Old Grey Whistle Test's 'Police In The East', Stewart Copeland's 'Adventures in Music' and Sting's 'Reel Stories'... 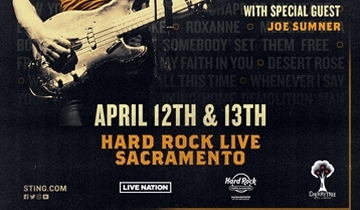 We are delighted to confirm that Sting will be performing two shows at Hard Rock Live in Sacramento, CA on 12 and 13 April 2023. Tickets will go on presale to Sting.com members on Wednesday, 18 January at 10am until 10pm and on general sale on Friday 20 January at 10am. All times are local... 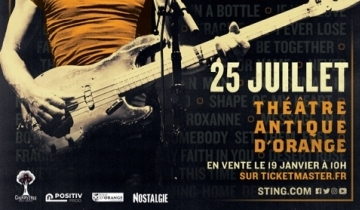 We are delighted to confirm that Sting will be performing at the Theatre Antique d'Orange in Orange, France on 25 July 2023. Tickets will go on presale to Sting.com members on Wednesday, 18 January at 10am until 6pm and on general sale on Friday 20 January at 10am. All times are local... 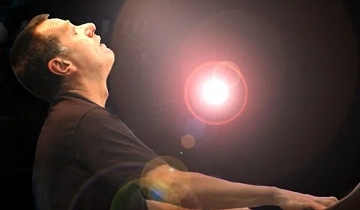 If you can get to Newcastle on Sunday evening you can see the Gerry Richardson Quartet performing at the Globe. Gerry has had a full and eventful career both as an accomplished musician and composer. He has a wealth of experience in all styles of music involving him with some of the biggest names in jazz & rock. In the 70s he and Sting formed the seminal North East Jazz Rock band 'Last Exit'. The gig can also be watched as a livestream. The gig is part of the the venue's Jazzy January production and more details and tickets can be found here. 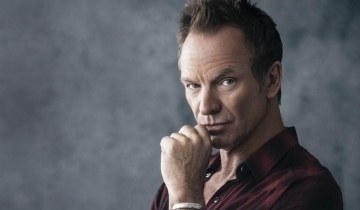 January 10, 2023
Beaver County Times: Sting does his thing with the Pittsburgh Symphony Orchestra...

It took a few songs to get used to the headset microphone. That's not a look one associates with Sting, but the rock star must not have wanted any microphone stands limiting his mobility Monday on the opening night of a sold-out, two-show Heinz Hall engagement with the Grammy Award-garnering Pittsburgh Symphony Orchestra. Free to roam, Sting glided around the stage, sporting a slate-gray jacket atop a tight, sheer shirt, showing off a still-enviable physique, at age 71...

2010: Sting performed at the Allen Room at New York's Lincoln Center as part of the American Songbook season.

1997: Sting performed at the International Congress Centre in Berlin, Germany.

1982: The Police performed at the Omni Auditorium in Atlanta, USA.

1981: The Police performed at the Festival Hall in Osaka, Japan.

1979: The Police performed with Eberhard Schoener at the Ost-Westfalenhalle in Kaunitz, Germany.

"I don't often look back at my work and ponder its significance. You might find that difficult to believe, but I don't. I'm too worried about what I'm going to do next."