Sting Speaks Out On Role In Oscar-Nominated Doc...

Sting Speaks Out On Role In Oscar-Nominated Doc...

Ex-Police man holds forth on 20 Feet From Stardom, the charming film that celebrates backing singers.

"I just like singing," writes Sting, in an exclusive missive to MOJO, "and I especially like singing with my friends."

The statement is à propos of 20 Feet From Stardom, one of 2014's Oscar-nominated documentaries and a fascinating celebration of the unsung heroes and (mostly) heroines of rock and pop: the backing/backup/background vocalists (delete as geographically appropriate).

Sting took a moment recently to share his thoughts on the film, and his backup divas, with MOJO…

What were your reasons for getting involved in this film?

[Producer and ex-A&M Records exec] Gil Friesen was my friend and mentor for 30 years. A year before he died he decided to make the film after spending some time with Lisa Fischer and Jo Lawry, who were in my band at the time.

I loved the title and thought it an interesting premise to turn the focus away from the centre of the stage for a change and see and understand what goes on back there.

Writing music tends to be solitary, performing it generally involves others. Having a vocal group to support the lead line of a song is immensely useful, and requires a particular skill, ie. to blend their voices together and also to follow as best they can the idiosyncrasies of the lead vocalist. In other words, you have to be a technical singer.

What do background singers mean to you? Can you encapsulate their contribution?

They are friends and colleagues, I respect them utterly. A voice is a unique signature like a fingerprint. The paradox is that to be a backing vocalist you sometimes need to take the edge off that uniqueness in order to blend. That takes technique, as well as the humility to be in service to the music.

Tell us about Jo Lawry and what she brings to your music.

Jo has been with me for over 5 years now. She is an accomplished and highly trained musician, I value her greatly, our voices blend well together. It is a wonderful partnership which I hope will continue until she is ready to strike out on her own.

Is the number and profile of the musicians involved in this film - Bruce Springsteen, Mick Jagger, Stevie Wonder, yourself - an indication of the debt you all feel you owe the b.v.s?

I'm not sure 'debt' is the right word - I respect and value their contribution. We all do our jobs well and to the best of our abilities.

Is this film also a comment, by default, on the politics of the music industry - the sidelining of female artists, and the disappearance of headline soul singers from the pop and rock mainstream?

I don't think you can look at modern pop music and say that women are sidelined anymore, it seems that they are happily predominant in the current market. Having said that, pop music can never be a level playing field as regards commercial success. It is neither a sport nor a science; it's a 'crap shoot', but it's a mistake to judge the success or failure of a musician purely on commercial terms. Music for many is a spiritual path, that they follow regardless of public recognition, extravagant success, or objective failure.

Are background singers modern rock and pop's primary connection back to the roots of the music: back to church and the blues?

I'm not a musicologist or a social historian, I just like singing, and I especially like singing with my friends.

20 Feet From Stardom is in UK and Irish cinemas from March 28.

(c) MOJO By Danny Eccleston
Comments
0
You must be a logged-in member to add comments. Log In | Subscribe 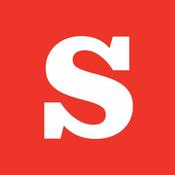 Feb 23, 2014
Steppenwolf to Host Evening with Sting, Featuring Performances from Broadway-Bound 'The Last Ship', Feb 24...
Steppenwolf Theatre Company presents an evening with 16-time Grammy Award-winner Sting on behalf of his forthcoming musical, The Last Ship, on February 24, 2014 at 7:30pm. For one night only, this benefit event features Sting in conversation with musician, BAFTA nominee and The Last Ship cast member, Jimmy Nail. The pair will also perform songs from the new musical, joined by Emmy Award-nominee Rob Mathes on piano. Funds raised at the event support Steppenwolf's Artistic Development Fund, a special fund created by the theater to provide enhanced resources for large scale productions initiated by our artists and to mount new plays...
Read more
+ 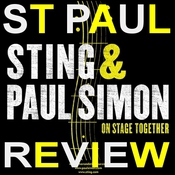 Feb 23, 2014
Every little thing wasn't magic, but it was still very good...
With top tickets running $252 each and a pair of widely acclaimed classic rockers sharing the stage, Sunday night's Sting and Paul Simon concert at St. Paul's Xcel Energy Center promised an evening of polite, polished nostalgia. The crowd of more than 7,000 got just that, plus an entirely unexpected mid-show detour, with malfunctioning equipment threatening to derail the evening Simon introduced as their own "musical experiment." Things started out smoothly, with Sting and Simon offering joint performances of Sting's "Brand New Day" and "Fields of Gold" and Simon's "Boy in the Bubble." The idea was that they'd share the stage for a few songs, then split off and take turns doing brief solo sets, rejoin for some more songs, and so on...
Read more
+