Steppenwolf Theatre Company presents an evening with 16-time Grammy Award-winner Sting on behalf of his forthcoming musical, The Last Ship, on February 24, 2014 at 7:30pm. For one night only, this benefit event features Sting in conversation with musician, BAFTA nominee and The Last Ship cast member, Jimmy Nail. The pair will also perform songs from the new musical, joined by Emmy Award-nominee Rob Mathes on piano. Funds raised at the event support Steppenwolf's Artistic Development Fund, a special fund created by the theater to provide enhanced resources for large scale productions initiated by our artists and to mount new plays.

With music and lyrics by Sting and book by Tony Award-winner John Logan and Pulitzer Prize- and Tony Award-winner Brian Yorkey, The Last Ship is set against the demise of the local shipbuilding industry in Sting and Nail's hometown in the North East of England, and tells the story of a group of unemployed shipyard workers who are inspired to take back their shipyard and build one last ship-not for their former employer, not for the government, but for their own pride and humanity. Directed by two-time Tony Award-winner Joe Mantello and produced by Jeffrey Seller and Kathryn Schenker, The Last Ship is an epic yet intimate tale drawing upon Sting's own childhood memories.

The Last Ship will have its pre-Broadway world premiere at Chicago's Bank of America Theatre, June 10 - July 13, 2014, followed by a Broadway debut in the fall of 2014. For more information, please visit thelastshipbroadway.com.

Composer, singer, author, actor and activist, Sting is one of music's most renowned and distinctive artists. Throughout his enduring career, he has earned 16 Grammy Awards, a Golden Globe, an Emmy, three Oscar nominations, and is a member of both the Rock and Roll Hall of Fame and the Songwriters Hall of Fame. His latest album, entitled The Last Ship, is inspired by the story of his forthcoming play of the same name and draws upon his memories of the shipbuilding community of Wallsend in the North East of England where he was born and raised. On February 21, Sting: The Last Ship will premiere on Thirteen's Great Performances on PBS and features Sting performing songs from both the album and play captured live at The Public Theater in New York City. Also next month, Sting and Paul Simon will embark on a North American tour, playing on stage together throughout each concert, in addition to solo performances with their respective bands. For more information, visit sting.com.

Steppenwolf Theatre Company is America's longest standing, most distinguished ensemble theater, producing nearly 700 performances and events annually in its three Chicago theater spaces-the 515-seat Downstairs Theatre, the 299-seat Upstairs Theatre and the 80-seat Garage Theatre. Formed in 1976 by a collective of actors, Steppenwolf has grown into an ensemble of 43 actors, writers and directors. Artistic programming at Steppenwolf includes a five-play Subscription Season, a two-play Steppenwolf for Young Adults season and two repertory series: First Look Repertory of New Work and Garage Rep. While firmly grounded in the Chicago community, nearly 40 original Steppenwolf productions have enjoyed success both nationally and internationally, including Off-Broadway, Broadway, London, Sydney and Dublin. Steppenwolf has the distinction of being the only theater to receive the National Medal of Arts, in addition to numerous other prestigious honors including an Illinois Arts Legend Award and 12 Tony Awards. Martha Lavey is the Artistic Director and David Hawkanson is the Executive Director. Nora Daley is Chair of Steppenwolf's Board of Trustees. For additional information, visit steppenwolf.org, facebook.com/steppenwolftheatre and twitter.com/steppenwolfthtr.

(c) Broadwayworld.com
Comments
1
You must be a logged-in member to add comments. Log In | Subscribe
January 24, 2014 posted by stingfan42
Awesome
Would love to see a small giveaway for Chicago fans for this one...
Newer comments    1 - 1 of 1    Older comments 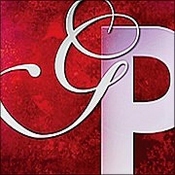 Sting: The Last Ship is now available for streaming at PBS Video. Watch now for an intimate look at the music and creative process behind his latest album and Broadway-bound play The Last Ship: http://video.pbs.org/video/2365183664/. Please note: if the video does not automatically play in High Definition, please hover the cursor over the bottom of the video & click on HD (towards the right), then on AUTO... 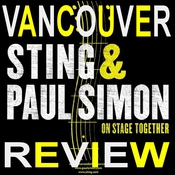 Feb 21, 2014
Paul Simon and Sting prove they're aging with grace in Vancouver show - Dynamic duo were seamless and slick at Rogers Arena...
Ten years apart in age and a world apart in importance. Paul Simon and Sting make interesting tour mates. The two are good friends and that's what sees them out for 18 dates of the On Stage Together tour. Last night at Rogers Arena was night number seven of the tour, and backed by a 14-piece band the show was seamless and slick. From the opening notes of 'Brand New Day', the title track to Sting's 1996 solo album of the same name, the way the two intended to merge the material was made clear. Two bands and two distinct singers - plus the benefit of Sting playing bass - would turn everything into a world music-tinged orchestra where Sting, 63, and Simon, 73, could trade verses as well as do solo sets with their own bands plus extras...
Read more
+