Sting releases 'Por Su Amor' - The Spanish-language Adaptation of His Song, “For Her Love,” Off His New Album, The Bridge - Available Today on All Digital Platforms. 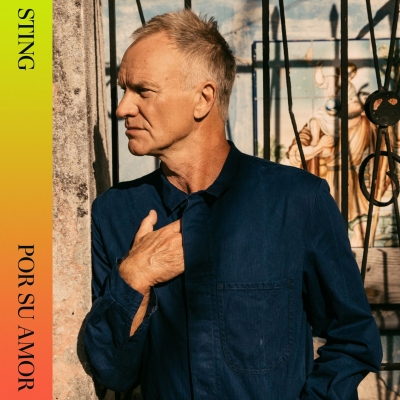 17-Time Grammy Award winner, Sting has a long tradition of singing in various languages including his celebrated EP, Nada Como el Sol - released in 1987 – which featured songs performed in Spanish and Portuguese.

Inspired by the breathtaking Baja, California vistas and expansive blue of the Gulf of California, Sting recorded “Por Su Amor,” the Spanish language adaptation of his song “For Her Love” off his latest album, The Bridge, on a recent visit to Cabo San Lucas, México. The new track was released globally today on all digital platforms.

The iconic artist will premiere his new single with a special performance on “Premio Lo Nuestro,” the 34th edition of Latin music’s longest-running awards show airing February 24 on Univsion.

The Spanish lyrics for “Por Su Amor” were written by GRAMMY-nominated musician/songwriter/producer Martin Kierszenbaum, co-writer of “For Her Love” and co-producer of The Bridge album with Sting. “Por Su Amor” also features backing vocals by Hannah Brier (whose new song “Violet” was recently featured on Spotify’s “Fresh Finds” playlist), with Dominic Miller on guitar and Martin Kierszenbaum on keyboards.

Like “For Her Love” and all songs on The Bridge, “Por Su Amor” was mixed by 4-time GRAMMY Award winner Robert “Hitmixer” Orton and mastered by Gene Grimaldi at Oasis Mastering.

Today, Universal Music Publishing Group (UMPG), Universal Music Group’s leading global music publishing division, announced the acquisition of 17-time GRAMMY Award winner Sting’s career catalog of music. This historic, comprehensive worldwide agreement for the catalog of one of the most commercially successful and critically-acclaimed songwriters of the last half-century encompasses the entirety of both Sting’s solo works as well as those with The Police...

Sting's Teac Multitrack Recorder 144 which he used to create many home demos when he was in The Police in the early eighties is being sold at auction later this month. Sting created all his songs on 'Zenyatta Mondatta', including 'Don't Stand So Close To Me' as well as his songs on 'Ghost In The Machine' on the machine.