Worldwide Agreement Covers Iconic Artist’s Entire Catalogue, Both as a Solo Artist and with The Police.

Includes Timeless Global Hits - “Roxanne,” “Every Breath You Take,” “Shape Of My Heart,” “Fields Of Gold,” “Desert Rose,” “Message in a Bottle,” “If I Ever Lose My Faith In You,” “Englishman in New York,” “Every Little Thing She Does Is Magic” and Sting’s new album, ‘The Bridge’. 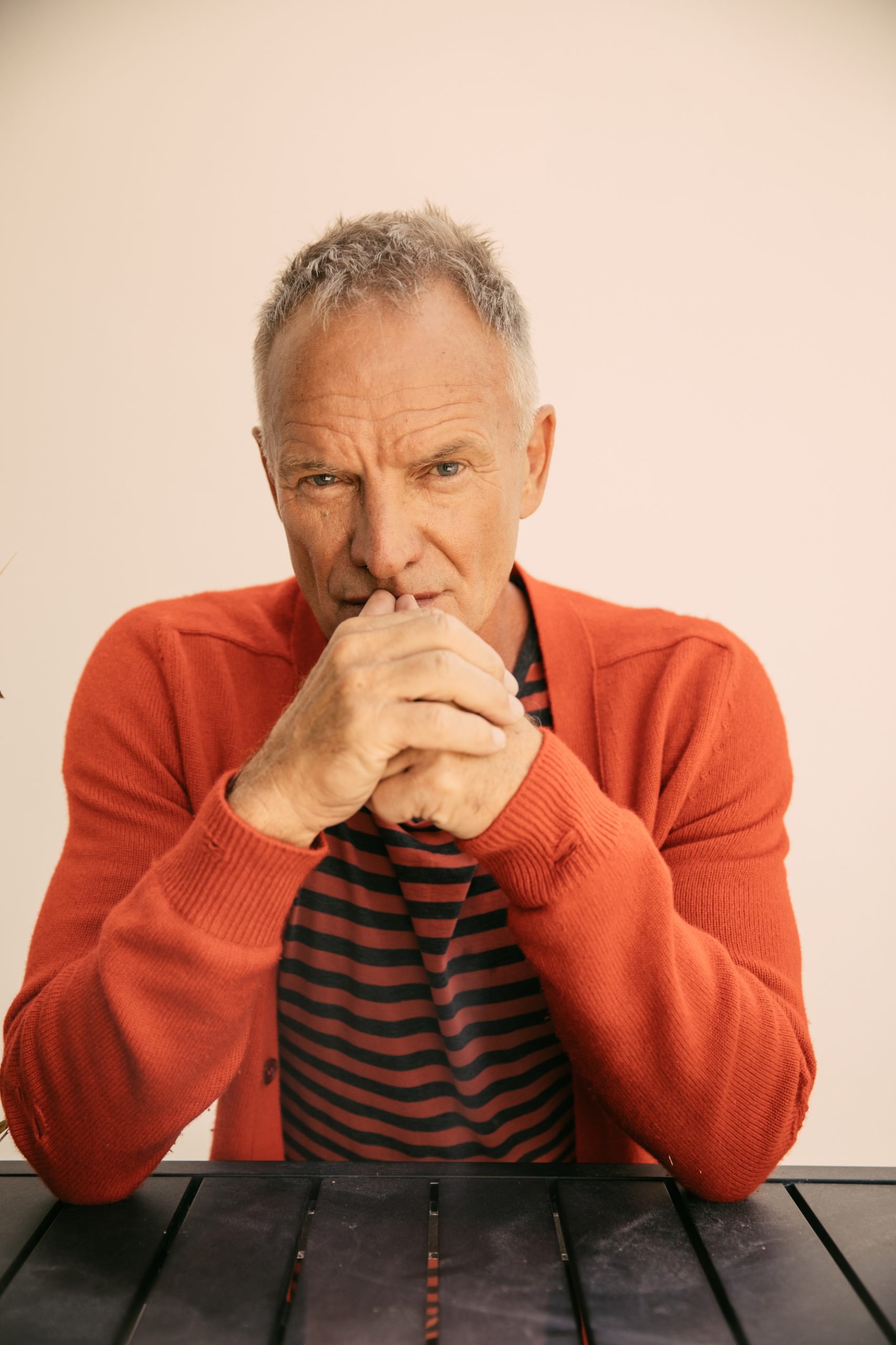 Today, Universal Music Publishing Group (UMPG), Universal Music Group’s leading global music publishing division, announced the acquisition of 17-time GRAMMY Award winner Sting’s career catalog of music. This historic, comprehensive worldwide agreement for the catalog of one of the most commercially successful and critically-acclaimed songwriters of the last half-century encompasses the entirety of both Sting’s solo works as well as those with The Police, including “Roxanne,” “Every Breath You Take,” “Shape Of My Heart,” “If I Ever Lose My Faith In You,” “Fields Of Gold,” “Desert Rose,” “Message in a Bottle,” “Englishman in New York” and “Every Little Thing She Does Is Magic,” among countless other global hits.

UMPG becomes the worldwide home of Sting’s extensive songwriting legacy, uniting his song catalog with his recorded music catalog under Universal Music Group (UMG) with this agreement. UMG has been Sting’s label home for his entire career through A&M, Interscope and Cherrytree Records. Together, UMPG and UMG will work with Sting to further build and expand his vast audience reach, strengthen the impact and influence of his timeless works, and continue supporting future music releases.

British-born composer, singer-songwriter, actor, author, and activist Sting has sold more than 100 million albums throughout his illustrious career and created some of the most recognizable and culturally impactful pop songs in recent decades. As co-founder, frontman and bassist of The Police, alongside Stewart Copeland and Andy Summers, Sting became one of the world’s best-selling artists. The Police released five studio albums between 1978 – 1983, earning six GRAMMY Awards and two Brit Awards. The band were inducted into The Rock and Roll Hall of Fame in 2003.

Sting, managed by Martin Kierszenbaum/Cherrytree Music Company, is also one of the world’s most distinctive, prolific and acclaimed solo artists, having released fifteen studio albums between 1985’s debut ‘The Dream of Blue Turtles’ and his most recent, ‘The Bridge,’ released in November 2021. Sting’s acclaimed albums include UK No. 1s ‘...Nothing Like the Sun,’ ‘The Soul Cages,’ ‘Ten Summoner’s Tales,’ ‘Mercury Falling,’ ‘Sacred Love,’ ‘Brand New Day,’ and more. Sting has received an additional 11 GRAMMY Awards for his solo works, three further Brit Awards including the prestigious Outstanding Contribution to Music Award in 2003, a Golden Globe and an Emmy Award. He was inducted into the Songwriters Hall of Fame in 2002 and presented with a star on the Hollywood Walk of Fame in 2000.

Sting said, “I am delighted to have Jody and the team at UMPG curate and manage my song catalog. It is absolutely essential to me that my career’s body of work have a home where it is valued and respected – not only to connect with longtime fans in new ways but also to introduce my songs to new audiences, musicians and generations. Throughout my career, I have enjoyed a long and successful relationship with UMG as my label partner, under the watchful guidance of Lucian, so it felt natural to unite everything in one trusted home, as I return to the studio, ready for the next chapter.”

Jody Gerson, Chairman & CEO, Universal Music Publishing Group said, “So many memories from my youth are tied to the great songs written by Sting — whether it was first seeing the Police perform in Philadelphia or hearing his music on the radio or playing those albums until I wore them out. I could never have imagined that someday I would get to lead a company that will be the guardian of Sting’s remarkable songwriting legacy.  Every one of us at UMPG looks forward to this work with a sense of honor, responsibility and enormous excitement about what we can achieve for his music in the future.”

Sir Lucian Grainge, Chairman & CEO, Universal Music Group said, “I’ve had the privilege to work with Sting for over 20 years and I’m so thrilled to expand our relationship to now include music publishing. Sting is a songwriting genius whose music permeates global culture. We are honored that by choosing UMPG for his music publishing, Sting’s entire body of work as a songwriter and recording artist — from the Police to his solo work — will all be within the UMG family. It’s a responsibility we don’t take lightly as well as a great validation of what we have built for artists at UMG.”

Beyond his own critical and commercial success, Sting’s songs have remained a mainstay of pop culture with many of his songs being sampled to shape global hits. In 2018, Sting’s “Shape Of My Heart” was used in Juice WRLD’s “Lucid Dreams” which became one of the biggest records of the year. The song peaked at No. 2 on the Billboard Hot 100 and has since received more than 1.8 billion streams on Spotify. In 1997, The Police’s “Every Breath You Take” was sampled by Diddy in “I’ll Be Missing You” featuring Faith Evans and 112, and received the GRAMMY Award for Best Rap Performance by a Duo or Group. The song spent eleven weeks atop the U.S. Billboard Hot 100 and reached number one in 15 other countries.

A testament to the depth of his influence on countless new generations of performers, Sting’s works have also been sampled by artists including Nas, The Roots, 2Pac, RZA, Kygo & Avicii, Black Eyed Peas, Craig David, French Montana, Talib Kweli, Fugees and Cam’ron. Additionally, his songs have been covered by an array of the world’s most acclaimed artists including George Michael, Johnny Cash, Herbie Hancock, Isaac Hayes, Eva Cassidy, Violet Femmes, Gloria Gaynor, Shirley Bassey and Fall Out Boy, amongst others.

The recipient of prestigious accolades, Sting has earned Billboard Magazine’s Century Award, MusiCares 2004 Person of the Year, four Oscar nominations and a TONY nomination. In 2003, he was made a Commander of the British Empire (CBE) by Queen Elizabeth II for his myriad of contributions to music and appointed Chevalier of the Ordre des Arts et des Lettres by the French government in 2007. He has received the Kennedy Center Honors, The American Music Award of Merit and The Polar Music Prize. Sting has been awarded Honorary Doctorates of Music by the University of Northumbria (1992), Berklee College of Music (1994), University of Newcastle upon Tyne (2006) and Brown University at its 250th Commencement ceremony (2018).

Sting has appeared in more than 15 films, executive produced the critically acclaimed A Guide to Recognizing Your Saints, and in 1989 starred in The Threepenny Opera on Broadway. His most recent theatre project is the Tony®-nominated musical The Last Ship, inspired by his memories of the shipbuilding community of Wallsend in the northeast of England where he was born and raised. The show, with music and lyrics by Sting, ran on Broadway in 2014/2015 and completed a UK regional theatre tour which ran from March-July 2018. Thereafter, Sting starred as shipyard foreman Jackie White in the Toronto-based production of The Last Ship at the Princess of Wales Theatre. In 2020, he reprised the role for productions in Los Angeles at the Ahmanson Theatre and San Francisco at the Golden Gate Theatre.

One of music’s most popular live performers, Sting will resume his “My Songs” world tour next month followed by his critically acclaimed Las Vegas residency at The Colosseum at Caesars Palace in June 2022.

Sting was represented in the transaction by Allen Grubman with his partners Joe Brenner and Stuart Prager.

Thank you to everyone for your continued patience. We are thrilled to announce that the 2021 Sting.com membership gift will be this beautiful, exclusive set of custom-designed, collectible pins from Pennyroyal. The three-piece custom zinc alloy and hard enamel fill pin set is presented in a Sting gift box with foam inserts to keep the pins securely in place...