With Sting and Simon's joint On Stage Together tour at its halfway point, Paul Simon can see some discernible benefits to the collaboration.

"We're becoming more like each other," he told the Wednesday night, Feb. 26, crowd at The Palace. "I personally feel I'll be more Adonislike (and will) be able to have sex for days at a time" - a reference to Sting's joking reputation for lengthy sessions of tantric amoré.

Of course, Simon added, "I'm not sure I'm looking forward to that."

Whether or not the two Rock and Roll Hall of Famers wind up taking on each other's characteristics, Wednesday's two-hour and 40-minute show established that they share enough musical common ground to make an exceptional show, a case of one-plus-one equaling three - in quality if not quantity, given the surprisingly light turnout at The Palace. Representing four formidable song catalogs - each their own, Sting's with the Police and Simon's with Art Garfunkel - they covered a great deal of ground through the 32 songs, spanning nearly five decades of sophisticated pop hitmaking between them.

And, best of all, sharing in each other's music.

With the 14 members of their two bands freely melding and meshing together throughout the night to cover nearly any nuance the tunes required, Simon and Sting joined forces for 10 songs, kicking things off with Sting's buoyant "Brand New Day," Simon's "Boy in the Bubble" and Sting's "Fields of Gold." Later on, Simon's "Mother and Child Reunion," Sting's "Fragile" and Simon & Garfunkel's "The Boxer" were used as segue pieces to transition into each of their separate sets. Finally, the encores featured S&G's "Bridge Over Troubled Water" - which Sting found a way to sing without trying to ape Garfunkel's iconic performance - the Police's "Every Breath You Take" and Simon's "Late in the Evening."

Simon and Sting's time NOT on stage together hardly paled, however, as they mixed a few deep catalog favorites with proven hits. Sting dug into the Police canon for "Every Little Thing She Does is Magic," "Driven to Tears," "Walking on the Moon," "Message in a Bottle" and "Roxanne," while solo career tracks including "I Hung My Head" and "Hounds of Winter" were as impactful as better-known works such as "They Dance Alone" and "Desert Rose." And his version of S&G's "America" was a moving tribute to his tourmate.

Simon, meanwhile, explored the full breadth of his solo career, letting the band members loose on extended versions of "Me and Julio Down By the Schoolyard" and "That Was Your Mother," while "Hearts and Bones" flowed into Junior Parker's "Mystery Train" and Chet Atkins' instrumental "Wheels." "Dazzling Blue" was a less readily familiar highlight, while "50 Ways to Leave Your Lover," "Graceland," "Still Crazy After All These Years" and "You Can Call Me Al" were reliable fail-safes by any measure.

The duo finished the night, appropriately, as a duet, singing the Everly Brothers' "When Will I Be Loved" into the same microphone. They certainly didn't look the same, Adonislike or otherwise, but they were clearly cut from the same musical cloth, a shared sensibility that was capably, and cleverly, celebrated throughout Wednesday's show.

For more reviews from the Detroit show please visit http://www.sting.com/tour/date/id/2917 where you can view the setlist, leave your comments about the show, post images of your ticket stub and your photos from the show! 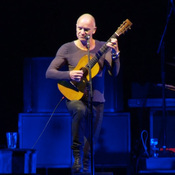 Feb 24, 2014
Sting On Touring With Paul Simon…Check Out The Latest In Virtual Ticket (preview)

Which of Paul Simon's signature songs does Sting perform on the On Stage Together tour? Find out in Sting.com's first video from the tour and hear Sting's thoughts on touring with the iconic singer/songwriter. 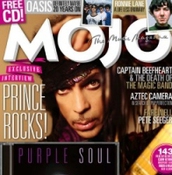 Feb 24, 2014
Sting Speaks Out On Role In Oscar-Nominated Doc...
Ex-Police man holds forth on 20 Feet From Stardom, the charming film that celebrates backing singers. "I just like singing," writes Sting, in an exclusive missive to MOJO, "and I especially like singing with my friends." The statement is à propos of 20 Feet From Stardom, one of 2014's Oscar-nominated documentaries and a fascinating celebration of the unsung heroes and (mostly) heroines of rock and pop: the backing/backup/background vocalists (delete as geographically appropriate). Playing a big part in Morgan Neville's film are powerhouse singer Lisa Fischer and her elegant jazz-centric colleague, Jo Lawry - both longtime fixtures in Sting's touring band...
Read more
+