The John F. Kennedy Center for the Performing Arts today announced the selection of the five individuals who will receive the 2014 Kennedy Center Honors. Recipients to be honored at the 37th annual national celebration of the arts are: singer Al Green, actor and filmmaker Tom Hanks, ballerina Patricia McBride, singer-songwriter Sting and comedienne Lily Tomlin.

"The Kennedy Center celebrates five extraordinary individuals who have spent their lives elevating the cultural vibrancy of our nation and the world," stated Kennedy Center Chairman David M. Rubenstein. "Al Green’s iconic voice stirs our souls in a style that is all his own; Tom Hanks has a versatility that ranks him among the greatest actors of any generation; one of the world’s greatest ballerinas, Patricia McBride continues to carry forward her legacy for future generations; Sting’s unique voice and memorable songwriting have entertained audiences for decades; and from the days of her early television and theatrical appearances, Lily Tomlin has made us laugh and continues to amaze us with her acting talent and quick wit."

The annual Honors Gala has become the highlight of the Washington cultural year, and its broadcast on CBS is a high point of the television season. On Sunday, December 7, in a star-studded celebration on the Kennedy Center Opera House stage, produced by George Stevens, Jr. and Michael Stevens, the 2014 Honorees will be saluted by great performers from New York, Hollywood, and the arts capitals of the world. Seated with the President of the United States and Mrs. Obama, the Honorees will accept the thanks of their peers through performances and tributes.

The President and Mrs. Obama will receive the Honorees and members of the Artists Committee who nominate them, along with the Kennedy Center Board of Trustees at the White House prior to the gala performance. The 2014 Kennedy Center Honors Gala concludes with a supper dance in the Grand Foyer.

The Kennedy Center Honors medallions will be presented on Saturday, December 6, the night before the gala, at a State Department dinner hosted by Secretary of State John Kerry.

The Honors Gala will be recorded for broadcast on the CBS Network for the 37th consecutive year as a two-hour primetime special on Tuesday, December 30 at 9:00 p.m. (ET/PT).

Under the leadership of George Stevens, Jr. and his Honors producing partner, Michael Stevens, the broadcast of the Kennedy Center Honors has received five Emmy Awards in the last six years for Outstanding Television Special. The Honors telecast has also been recognized with the Peabody Award and seven awards from the Writers Guild of America. Between them, the Stevenses have received 22 Emmys and 54 nominations for their work in television. Nick Vanoff was co-creator of the Honors with George Stevens, Jr. in 1978.

The Boeing Company is the exclusive underwriter of the 2014 Kennedy Center Honors Gala Luncheon and post-gala supper dance in the Grand Foyer.

Delta Air Lines, the official airline of the Kennedy Center Honors, will provide transportation for the performers and television crew that will be coming to Washington for the Honors Gala.

The Honors recipients recognized for their lifetime contributions to American culture through the performing arts - whether in music, dance, theater, opera, motion pictures, or television - are selected by the Executive Committee of the Center’s Board of Trustees. The primary criterion in the selection process is excellence. The Honors are not designated by art form or category of artistic achievement; the selection process, over the years, has produced balance among the various arts and artistic disciplines.

Newly arrived Kennedy Center President Deborah F. Rutter expressed the Center’s continued gratitude to the many individuals involved in the success of the Honors program. "In addition to recognizing some of the world’s most treasured artists, the Kennedy Center Honors supports a wide variety of artistic programming, as well as the Center’s educational and national outreach efforts."

Cherrytree/Interscope A&M Records is pleased to announce the worldwide release of ''The Last Ship - Live At The Public Theater'' DVD on September 23. Featuring songs from Sting's latest album and forthcoming Broadway musical of the same name, the DVD captures Sting in an intimate evening of music and storytelling filmed on his birthday, during a run of 10 benefit concerts performed at The Public Theater in New York City. The DVD will be available for Amazon.com pre-order beginning today at www.amazon.com/dp/B00MOG5EXQ, and both the DVD and streaming video will be available from Amazon.com on September 23... 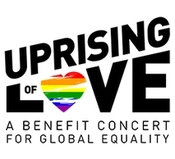 Sep 1, 2014
Uprising of Love - Benefit Concert to Feature Sting and Patti LuPone - September 15 in NYC!
On Monday, September 15, Executive Producers Stephen Schwartz (Wicked, Godspell, Pippin) and Bruce Cohen (American Beauty, Milk, Silver Linings Playbook) will present Uprising of Love: A Benefit Concert for Global Equality at Broadway’s Gershwin Theatre. Featuring performances by 16-time Grammy Award-winner Sting and two-time Tony Award and two-time Grammy Award-winner Patti LuPone, this event strives to remind global leaders that "the world is watching" and to raise significant funding for grassroots organizations and activists around the world. The net proceeds of this event will go directly to Fueling the Frontlines, a three-year, $20 million campaign for global LGBTI rights led by the Astraea Lesbian Foundation for Justice. Astraea is the only philanthropic organization in the United States solely dedicated to advancing LGBTI rights globally...
Read more
+