THE LAST SHIP to play its final performance on Broadway Saturday, January 24...

THE LAST SHIP to play its final performance on Broadway Saturday, January 24...

THE LAST SHIP will play its final performance on Broadway on Saturday, January 24 at 8 p.m., it has been announced by the musical's producers. Named "Best Musical of 2014" by USA Today, THE LAST SHIP began previews on Broadway on September 29 prior to its official opening on October 26, 2014. When the show concludes its 4-month engagement, it will have played 29 preview performances on Broadway and 105 regular performances at the Neil Simon Theatre (250 W. 52 St.) THE LAST SHIP's music will live on with the Original Broadway Cast Recording, which was recently released on Universal Music Classics and debuted at #1 on Billboard's Cast Albums Chart last week.

Prior to its Broadway debut, THE LAST SHIP had a five-week tryout in Chicago last summer, where it played 38 performances and was hailed by the Chicago Sun Times as a "masterwork."

On December 9, 2014, Sting, who composed THE LAST SHIP's acclaimed score, joined the cast in the role of Jackie White, the foreman of the shipyard who rallies his community to build one last ship meant to sail the world. Of his performance, USA Today wrote, "Sting approaches Jackie with the same graciousness and serious-mindedness he brought to SHIP's music and lyrics." Sting will continue in the role of Jackie White through the end of the musical's run.

The New York Times said the THE LAST SHIP features "a seductive beauty of a score," and Time Out New York called it, "a magnificent and rollicking new musical," adding, "Sting's score is a genuine revelation." The Associated Press heralded The Last Ship as "thrilling with powerful performances, outstanding songs, and real heart." The New York Observer wrote, "This show lights up the theater season like fresh fireworks. If you want greatness that makes your heart soar with emotion and joy, go to The Last Ship and do it fast."

THE LAST SHIP has music and lyrics by Sting, the 16-time Grammy Award winning musician, with a book by John Logan and Brian Yorkey, choreography by Steven Hoggett and is directed by Joe Mantello. Musical direction, orchestrations and arrangements are by Emmy Award-winner Rob Mathes.

THE LAST SHIP is the unforgettable story of passion and hope about a shipbuilding community that rallies to preserve its way of life by building one last ship meant to sail the world, and of a woman who must choose between the two men she loves.

Tickets to The Last Ship on Broadway are available for purchase through Ticketmaster at www.ticketmaster.com or by calling 800-745-3000. 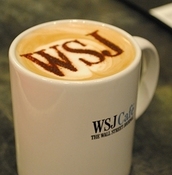 Dec 24, 2014
Sting recently stopped by the Wall Street Journal for an exclusive interview and performance...

Singer Sting is "a huge presence" in the Broadway musical he wrote and now appears in, according to one review. The ex-Police frontman is "electrifying in his two big solos" and has had a "galvanising impact" on the cast of The Last Ship, Variety's critic wrote. "Sting seems very much in his element," said USA Today's reviewer, praising the "blazing charisma" he gives his role. The 63-year-old is playing shipyard foreman Jackie White in his self-penned musical until 24 January. Previously lacklustre ticket sales have seen a boost since the singer confirmed he was joining the show for a limited period. According to the New York Times, "weekly takings have gone up by a couple hundred thousand dollars" since his first performance on 9 December. Despite this, its reviewer continued, "Sting's presence doesn't alter the chemistry of the show in any significant way"...