The box office for new musical The Last Ship will open on Monday, August 25 at 10AM/EST at the Neil Simon Theatre (250 West 52 Street), in conjunction with a special one-time-only 24-hour flash sale from midnight August 25 to midnight August 26. For one day only, seats will be on sale for $39, $59 and $85 in the rear mezzanine, mid-mezzanine or orchestra/front mezzanine, respectively.

Flash sale tickets will be available at the box office from 10AM - 6PM/EST or online throughout the 24-hour period at ticketmaster.com
or thelastship.com using the promotional code OPEN.

The Last Ship travels to New York following a pre-Broadway critically acclaimed tryout at The Bank of America Theatre in Chicago.

"Beautiful. With this heartfelt tribute to the men of the lost shipbuilding industry, Sting proves that his formidable songwriting skills can translate to the Broadway stage." - Chris Jones, Chicago Tribune

"The Last Ship wraps its emotional arms around you from the first note and never let’s go. An inventive, emotional and gripping production." - Roy Leonard, Chicago Now

Aug 17, 2014
Sting part of all star cast at Apollo fundraiser...
Jamie Foxx danced onstage and sang with an all-star cast that included Paul McCartney, Sen. John McCain, R-Ariz., and New Jersey Gov. Chris Christie on Saturday night at a fundraiser for the Apollo Theater. The event included performances by Gladys Knight, Jon Bon Jovi, Sting, The Roots and Pharrell Williams. Knight performed a Motown medley, and Bon Jovi did soul music covers including Knock on Wood. In one of the evening's highlights, Jack Nicholson, unlit cigarette in hand, gave Sting a standing ovation after Message in a Bottle...
Read more
+ 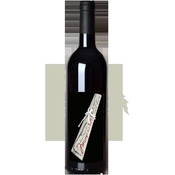 Jul 29, 2014
"Message In A Bottle" Now Available In The US From Il Palagio Wines!
To our fans and friends in the US, we’re excited to announce that we’ve released a new Tuscan red wine, "Message in a Bottle." When Sting wrote this iconic song, he sang of the universal human need to connect. And what better way to enjoy a delicious bottle of wine with friends! You can find it and other Il Palagio wines at http://www.amazon.com/...
Read more
+