Due to unforeseen pandemic-related manufacturing delays, the release date of Sting’s forthcoming album, Duets has been postponed to March 19, 2021. Also available in a vinyl LP edition, fans can still pre-order this special collection now - which includes liner notes by Sting - at: sting.lnk.to/Duets. A limited edition with autographed cover art is available for pre-order as well at the official store within the pre-sale link above. 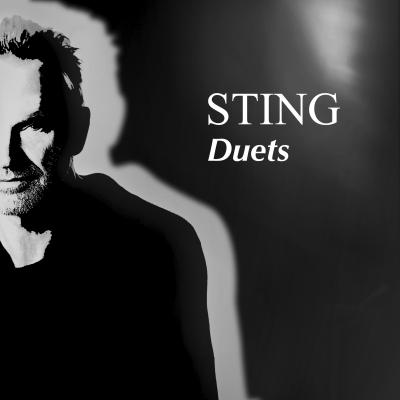 From the melismatic longing of “Desert Rose” with Rai music singer Cheb Mami and sultry groove of “It’s Probably Me” with Eric Clapton to the uplifting 44/876 with Shaggy, which yielded his most recent and 17th GRAMMY award, Sting’s collaborations have become nothing short of cornerstones in the canon of popular music. To celebrate some of these joint-works, he has compiled a special collection to include some of his most beloved duets with collaborators such as Mary J. Blige, Herbie Hancock, Eric Clapton, Annie Lennox, Charles Aznavour, Mylène Farmer, Shaggy, Melody Gardot, Gashi and more. The Duets album will also include the brand new, never-before-released song, “September” with Italian icon Zucchero, produced by Sting himself and mixed by 4-time Grammy Award winner Robert Orton.  Full album track listing is included below.

Police In The East, the documentary-style film of the Police's tour of Japan, Hong Kong, India, Egypt and Greece in 1980 will be broadcast on BBC 4 tonight at midnight. Anne Nightingale accompanies the band and interviews its members during the tour. Includes concert footage and behind-the-scenes sequences of the band.

Joe Sumner, frontman of Fiction Plane and son of Sting, has shared a new song, “Hope,” along with a short celebrity-filled clip to encourage voter turnout ahead of the 2020 elections. The clip features Sting, Ben Folds, Joe Scarborough, Mika Brzezinski, Richard Marx and more. “Hope” is a bustling pop-rock track with rumbling drums and stirring guitar lines to bolster Sumner’s heart-on-sleeve lyrics: “Hope, won’t you come back to me,” he sings during the chorus, “And make me a believer/And set my heart free.”