Sting will return to the Broadway stage as a performer when he steps into the role of Jackie White in the acclaimed new musical THE LAST SHIP, for which he made his Broadway debut as a composer earlier this season. Sting will assume the role beginning December 9 for four weeks through January 10, 2015 at the Neil Simon Theatre (250 W. 52 St). The announcement was made earlier this morning, live on NBC's ''Today'' in an exclusive interview with Matt Lauer.

Sting says, ''We have spent five years working on THE LAST SHIP and I have relished every moment of that process. Taking to the stage is a continuation of that and I now accept the baton from my good friend and fellow Geordie, Jimmy Nail, who provided so much inspiration for the character of Jackie White. It is my distinct honor to join this remarkable cast and play the part of Jackie until I pass the baton back to Jimmy.''

LAST SHIP producer Jeffrey Seller adds, ''Sting has been the motor of THE LAST SHIP since the day he shared his idea with me five years ago. Joining the cast is a natural progression for him and I can't wait to see what happens when he steps onto the stage on December 9.''

In THE LAST SHIP, Sting will portray Jackie White, the foreman of a shipyard who rallies his community of Wallsend to build one last ship meant to sail the world. A celebration of passion and hope, THE LAST SHIP tells the story of a community determined to preserve the only way of life it has ever known... and a woman who must choose between the two men she loves.

When THE LAST SHIP opened on October 26, The New York Observer raved, ''This show lights up the theater season like fresh fireworks. If you want greatness that makes your heart soar with emotion and joy, go to THE LAST SHIP and do it fast.'' The New York Times said the musical features ''a seductive beauty of a score,'' and Time Out New York called it ''a magnificent and rollicking new musical,'' adding, ''Sting's score is a genuine revelation.'' The Associated Press heralded THE LAST SHIP as ''thrilling with powerful performances, outstanding songs and real heart.''

A 16-time Grammy Award winner, Sting has sold close to 100 million albums from his combined work with The Police and as a solo artist. He is a member of both the Rock and Roll Hall of Fame and the Songwriters Hall of Fame. He has appeared in more than 15 films – including PLENTY, DUNE, LOCK STOCK AND TWO SMOKING BARRELS and STORMY MONDAY. He made his Broadway debut as an actor in a 1989 revival of THE THREE PENNY OPERA as Mack the Knife. He has received a Golden Globe, an Emmy and three Oscar nominations.

THE LAST SHIP is a new musical with music and lyrics by Sting and book by Tony Award-winner John Logan and Pulitzer Prize winner Brian Yorkey. The musical is directed by Tony Award winner Joe Mantello and is choreographed by Olivier Award winner Steven Hoggett. Musical direction, orchestrations and arrangments are by Emmy Award-winner Rob Mathes.

American Express Card Members can get access to preferred seating for all performances currently on sale.

Tickets to THE LAST SHIP on Broadway are available for purchase through Ticketmaster at www.ticketmaster.com or by calling 800-745-3000. 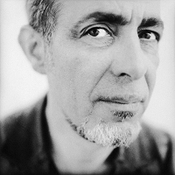 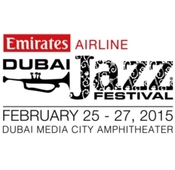