Musician Sting is helping school pupils across the region get into music.

He has given his backing to a new initiative which promotes music tuition and performance in schools across the North East and provides opportunities to youngsters wanting to get into the music industry.

Sting was born in Wallsend, North Tyneside, as Gordon Matthew Sumner in 1951. His mum Audrey was a hairdresser and dad Ernest was a milkman. He became interested in playing music during his teens, practising at the Buddle Arts Centre and recording at the Impulse Sound Studios in Wallsend.

And he has never forgotten his roots and realises the importance of youngsters being given opportunities in the music business. He is now lending his support to the Music Partnership North between Newcastle and Northumberland music services, Newcastle College and Sage Gateshead.

To launch the partnership, a song featuring hundreds of school children has been recorded and is set for release through Newcastle College’s student run record label, Push Puzzle Records.

Sting said: "From the first moment I picked up a guitar as a young boy in Wallsend, music has been the most important part of my life. Music Partnership North will give children across the North East the chance to discover a lifelong love of music.

"The region has a great creative atmosphere and legacy and as this song demonstrates, music is very much alive and an important part of people's lives."

The track also features the production skills and lead guitar of Newcastle College Lecturer, Brian Emerson, who recently returned from Hollywood where he won the coveted 'Best Blues Artist award' at the Artists in Music Awards with the Trevor Sewell Band.

Brian travelled down to the legendary Abbey Road Studios in London this week to master the track, which is set for release on March 17.

(c) Evening Chronicle
Comments
1
You must be a logged-in member to add comments. Log In | Subscribe
January 23, 2014 posted by karawolff
Way to go!
What a wonderful way to spread prosperity and opportunity in the best possible place...to kids! They are ALL so open, eager and gifted, each in their own unique ways. Beautiful music uplifts everyone, so big thanks to Sting and others...you really do ROCK!! :)
Newer comments    1 - 1 of 1    Older comments 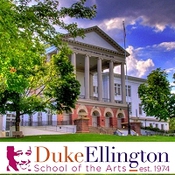 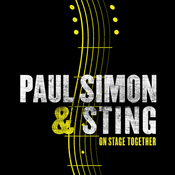 Jan 20, 2014
Sting And Paul Simon Rehearsing For Upcoming Tour...
Sting and Paul Simon are rehearsing for their upcoming tour, a couple of longtime friends and neighbors preparing to take turns singing some of each other's biggest hits. It was Simon's idea for the tour, hatched when he came downstairs in their New York apartment building to ask if Sting would be interested. Of course, Sting told him, having first heard Simon & Garfunkel when he was a 15-year-old in England. They have started the process of selecting the set list for the tour, which opens Feb. 8 in Houston. Sting said Simon has asked him to sing "Bridge Over Troubled Water," and Sting asked if they could include "America."
Read more
+